none
From cutting off the mask business to restarting production, what has Jitter Biotechnology experienced?
Column：Industry News Time：2020-02-19 Source: Southern Net
Affected by the new coronary pneumonia epidemic, masks have become not only important anti-epidemic materials, but also a hot spot for capital competition in the capital market.

Affected by the new coronary pneumonia epidemic, masks have become not only important anti-epidemic materials, but also a hot spot for capital competition in the capital market.

In the Jiete biological workshop in Huangpu District, Guangzhou, multiple mask machines are working day and night; in the capital market, as the first listed company on the science and technology board in Guangdong this year, Jiete Bio's stock price once skyrocketed 10 times, and a series of doubts were triggered The reason is very simple-Jiete Biological Production Mask.

What has Jiete Creature in the limelight experienced from cutting off the mask subsidiary to restarting production to the stock price surge? From Jiete Biology, we can see how the mask production enterprises resume production?

Today, Nanfang + reporter took you into Jiete Biology to restore the capital story of Jiete Biological Mask production for you.

Can you make a mask?

Jiete Biology was once questioned as a "hot spot"

In the early morning of February 19, the workshop of Jiete Biological Masks was still brightly lit. Technician Luo Xingqi has not stopped work since he first came to work, and the machine is even more so. In order to produce more masks, they took the form of substitutions instead of planes and fought continuously.

Affected by the epidemic, the most demanding material "mask" has become a hot spot in the capital market. The story of Jiete Biology and Masks starts with Baifer, a subsidiary that was supposed to be cancelled.

On January 22, due to the epidemic situation in the whole country, it was difficult to find a cover. At the listing ceremony of Jiete Bio, Yuan Jianhua, chairman of Jiete Bio, touched the market nerves. He said: The company has a mask business and has issued 1,000 The emergency production task of 10,000 masks, also said that just received 2 million orders from the relevant departments of Guangzhou. 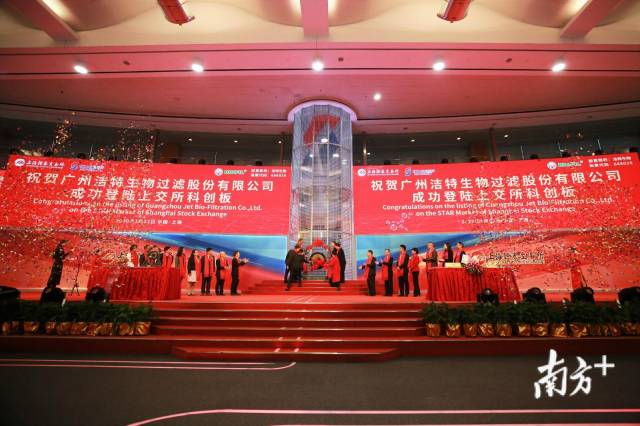 This move is tantamount to immediately let Jie Te biological to attach the "mask unit" gold label. On the first day of listing, Jiete Biological rose 223.59%, much higher than the average first-day increase of 140% in the science and technology board stocks in the past.

However, the situation reversed the next day. Jiete Biological issued the "Announcement on Clarification and Apology of the Chairman's Improper Statement", saying that the order of 2 million masks from the relevant departments of Guangzhou City was only for oral needs, and no formal written contract was signed. Jiete Biological also admitted that "the company's assessment, the mask production business cannot be fully restored in a short period of time, it is difficult to complete the supply of 2 million masks."

Moreover, Jitter Bio also revealed another fact-as a long-term loss-making business, the mask business is being divested by Jitter Bio. Subsidiary Baifel, which mainly produces masks, is in the process of deregistration, and Jitter Bio stated that "the mask business will be reduced or completely stopped in the future."

Subsequently, Yuan Jianhua himself apologized for this. Suddenly, doubts about Jiete's "rubbing hot spots" came from all sides. "2 million are difficult to complete, and boast about 10 million tasks?"

In response, they did not make any response. A shares also entered the Spring Festival holiday on January 24.

However, another reversal occurred on February 3, just before the opening of the A-share market in the Year of the Rat. Jiete Biotech issued four announcements, officially announcing the cancellation of Byfair's cancellation and confirming the restart of the mask production business. 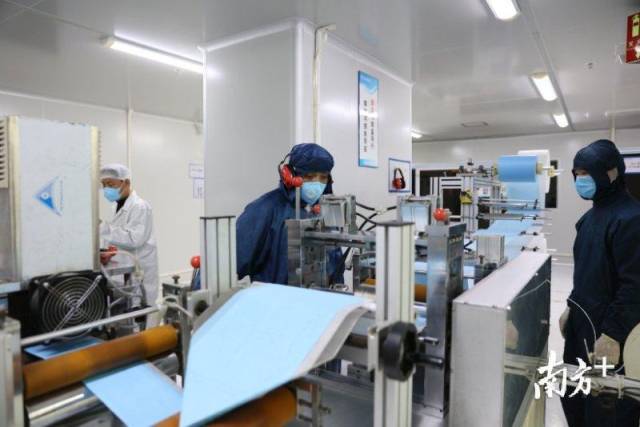 In fact, the outbreak occurred just before the year before, and it was not difficult for Jiete Biological to cancel Baifer. According to publicly disclosed information, this subsidiary, which later became the focus, has been in a state of loss-a loss of 2.134 million yuan in 2018, and a loss of 88.85 million yuan in the first half of 2019. This subsidiary accounted for the total revenue of Jiete Biotechnology from 2016 The annual 1.99% fell to 0.11% in 2019.

So, from January 23 to February 2, when two announcements with diametrically opposed attitudes happened, what happened to Jette Bio?

"Since the chairman returned to the market on the day of the listing ceremony, he has been non-stop investing in the preparation of mask production. The original machine restarted, and he has expedited the procurement of multiple production lines." The truth behind it. 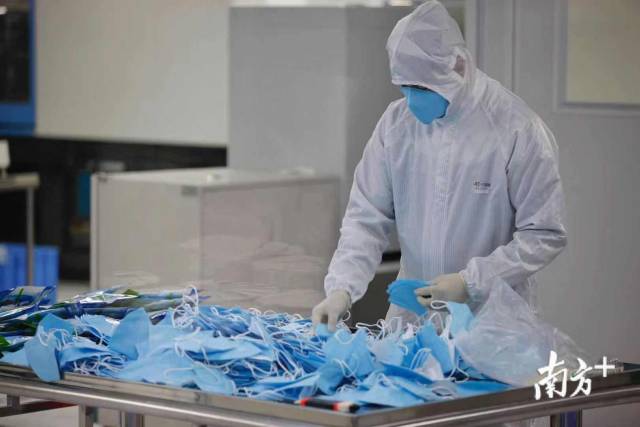 There are more ways than difficulties

It is not easy to restart the mask business. He Jing said that during the Spring Festival, when the epidemic happened again, the most difficult problem was recruiting people. "95% of the company's employees are out of town, and the recall is not easy." He Jing said. Even so, there are still more than 40 employees left to form the first batch of production teams. Yuan Jianhua personally headed the team and started construction since the first day of the year.

In addition to the difficulty in recruiting workers, the procurement of production equipment and raw materials is a problem. "Almost all of them rely on robbing. The raw materials are going to the market to buy. The production line is also queued up by the government to help us go to the manufacturer's site." He Jing said that Jiete Biological has ordered multiple equipment from the mask equipment factory at one time. There are too many orders from equipment factories. Although the supplier's construction period is compressed from 60 days to 40 days, it still can't be hydrolyzed. "Huangpu District government staff are stationed directly in the factory to" human flesh "to help us line up and transport a production equipment back to start work on the first day of the New Year." He Jing said that after the outbreak, the relevant government departments provided various This kind of support, the restart of mask production is inseparable from the active coordination and assistance of government departments. 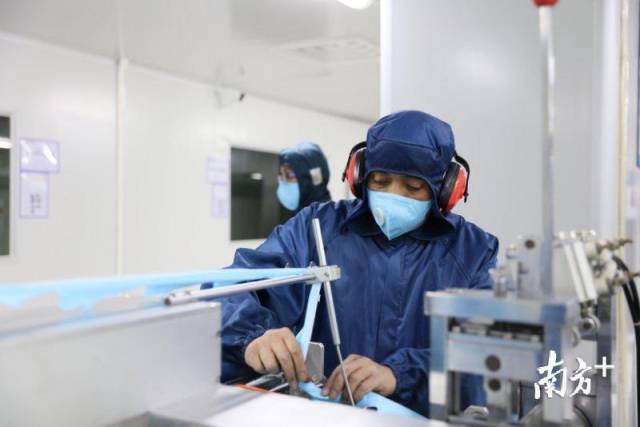 In fact, in addition to equipment, production license is another hard condition. Byfair, which mainly produces smog masks, must switch to the production of medical masks and obtain a Class II medical device production license in accordance with regulations. "The staff of the Market Supervision Bureau are all in my office at 1:30 in the morning. We urgently solved the problem of production licenses, so we were able to get the emergency record within one week." Yuan Jianhua mentioned this in an interview detail.

In special times, there are always more solutions than difficulties. Jiete Bio's mask restart experience is one of the epitome of mask production under the epidemic. According to the statistical survey of Tianyanzhan, based on the change information of industrial and commercial registration, from January 1 to February 7, 2020, more than 3,000 enterprises across the country have added "masks, protective clothing, disinfectants, thermometers, Medical equipment "and other businesses.

Respond to doubts with production

It was also a series of preparations during the Spring Festival holiday that Jiete Biological was able to issue 4 announcements on the eve of the opening of the A-share in the year of the rat, announcing the company's withdrawal of Byfer's cancellation application, and fully promoting the restoration of masks and other epidemic prevention products Normal production and supply.

This move dispelled previous doubts in the market. On the first trading day where the 1,000-share stocks fell and the broader market plummeted, the outstanding Jiete Biology surged 108%, becoming the "mask star" stocks that led the two cities. On the second trading day, Jitter Bio continued to be driven by the capital heat wave, and its share price reached the highest value of 157 yuan / share, which is nearly 10 times the issue price of 16.49 yuan / share. 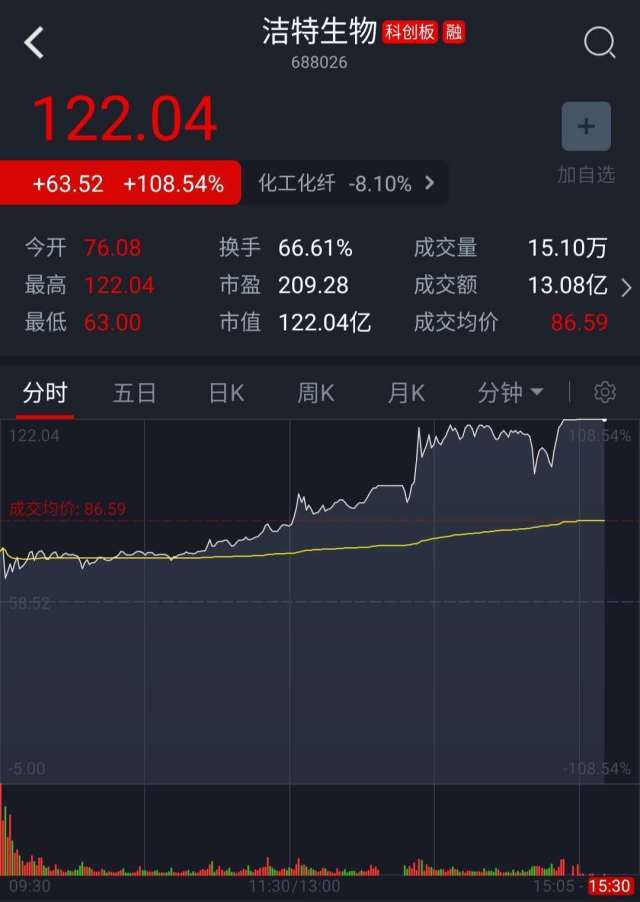 For the speculation of funds, Jiete Bio immediately issued a risk warning, pointing out that the closing price on February 3 was 122.04 yuan / share, and its price-earnings ratio was 256 times, and the rubber and plastic products industry in which the company is located has been rolling on average in the past month The price-earnings ratio is 26 times.

From midday on February 5 to 14, the rise in the concept stocks of the epidemic weakened, and Jiete Bio's share price retreated to 78.64 yuan / share, but compared with the issue price, the increase was as high as 377%.

At this time, for Yuan Jianhua, the fluctuation of stock prices is far less important than the production of masks, and he is devoted to epidemic prevention. Because although the business has restarted, and the factory has also worked overtime and production, the market shortage has not yet been fully released. "We will do everything we can to overcome it." Regarding the production capacity, he said frankly, "After the coordination and efforts of all parties, the company's production capacity is steadily increasing. By the end of this month, the production capacity will further increase, but the material supply is very tight, and the actual output depends on Depends on the degree of material protection. "

Looking back at the market doubts caused by restarting the loss-making business, Yuan Jianhua did not regret it. "The country needs it. We also have production capacity. Even if we lose money, we must do our part in the social responsibility of the enterprise." He revealed that he is still preparing to make medical protective clothing to help ease the tension of epidemic prevention materials.